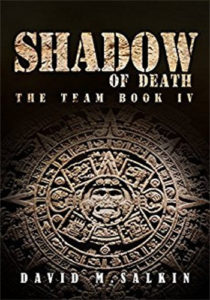 When deep cover CIA agent Apo Yessayan hears Spanish being spoken in northern Syria, he knows something evil is afoot. A new unholy alliance, between ISIS and a powerful Mexican drug cartel, will bring grave danger to the porous American border. Apo and The Team are called in for a covert special operation in Mexico against the cartels.

As Apo works his way into the underworld of the Mexican drug cartels for a face-to-face meeting with their leader El Gato, The Team is inserted by submarine to assault El Gato’s estate-fortress. Although the United States and Mexico have planned the capture of El Gato together, not everyone has the same agenda—and knowing who to trust means the difference between life and death.