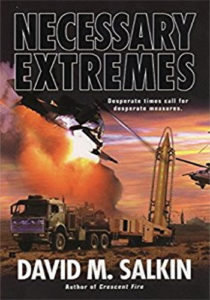 Known across Iran as a violent and powerful Mullah, Bijon Mujaharov is in fact a spy for the CIA. With his hateful speeches, he has won the respect of Iran’s leaders—and has gained access to their secrets. Now he has learned a devastating fact: Iran has weapons grade nuclear material—and Israel is their most likely target.

In order to prevent World War III, the CIA must take action from within. Agents Stills and Mackey are sent in to aid Bijon. But the mission is not merely to take out the nukes. They plan to incite an Iranian revolution…

Buy it from Amazon U.S.

Buy it from Amazon Canada

Buy it from Amazon U.K.

Buy it from BarnesandNoble.com

Buy it from Kobo

Buy it from iTunes