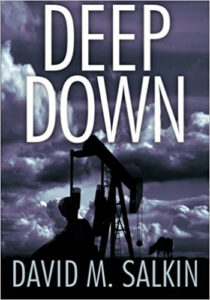 Noah Barnes grew up watching his hero, big brother Zeke, develop into an up-and-coming championship Heavyweight boxer. A tragic head injury leaves Zeke mentally impaired, and the “big brother” becomes the little brother, forcing Noah to resign from the police department so he can take care of Zeke.

Noah opens a Detective Agency, and his gentle giant brother tags along as a show of force when necessary. It’s only Zeke’s mirrored sunglasses, hiding his gentle,smiling eyes, that keep people from knowing the giant is far from violent.

Bored with matrimonial and insurance cases, Noah longs for the day when a “real case” will come along and offer a challenge to his old police detective skills. His day comes when Dr. Anne Lynch, a beautiful veterinarian who owns an organic dairy farm in rural Pennsylvania calls him for help. Noah and Zeke drive out to Anne’s farm, where Zeke is instantly smitten with Anne’s dog Cody and the rest of her animals. Noah finds himself smitten as well—but not with the farm animals. Anne is a widow, and a smart, witty woman who captivates Noah from their first meeting.

Anne explains how Globalvision Energy has purchased the farm next door and has been fracking and deep-well drilling for natural gas. As a result of their drilling, she believes her animals are getting sick and dying. Her healthy herd of Holsteins is reduced to a quarantined pack of worthless beef, and no one will help her. The DEP, the local Ag Board and her government ignore her tissue samples and medical opinions. “Fracking is legal”, and she’s just out of luck. Desperate to save her farm, she hires Noah to help prove the culpability of the drillers next door, but as Noah looks into the case, he finds much more than he bargained for.
With billions of dollars at stake, this could be the case that gets Noah killed...

Buy it on Amazon

Buy it on Amazon UK