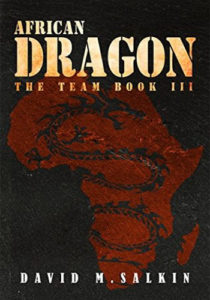 To gain access to the vast mineral wealth of the Democratic Republic of Congo, China sends in disguised military advisers who will lead the “People’s Army of Congo” against the seated government. The US won’t sit back and allow China to overthrow a pro-western democracy, but also doesn’t want open hostilities against China. There’s only one way to prevent another African war—send in The Team.

Chinese military advisors have helped build the PAC Army into a sizeable fighting force capable of taking down the government in Kinshasa. The Chinese are also operating a mine, illegally searching for uranium and plutonium—their real reason for being in the DRC. With the clock ticking, the The Team is forced to take on an army that outnumbers them a thousand to one. To some folks, it might sound like a suicide mission. To these warriors, it’s just another day at the office.